The term “minor stroke” is often used for stroke patients with mild and nondisabling symptoms. However, a consensus definition is lacking. It is usually reserved to describe patients with 0-9 points in National Institutes of Health Stroke Scale [NIHSS] score at presentation, with the range 0-5 most commonly referred [1] [2].

They account for more than half of acute stroke patients and 30% of them have functional disability 90 days after the stroke[3]. For this reason, although sometimes challenging, it is important to be able to identify and treat them properly.

Presentation – disabling vs. non-disabling symptoms
For further management it is important to determine whether symptoms are disabling or not. There is an evidence that thrombolysis results in 10% higher chance of excellent functional outcome after 3 months in patients with clearly disabling deficits such as aphasia or hemiparesis[4].
For those with non-disabling symptoms, however, less evidence exists. The PRISMS trial, revealed that among patients with a low NIHSS and no disabling deficit, rtPA may not provide a benefit and might increase the risk of symptomatic intracranial hemorrhage[1]
A clearly disabling deficits are: deficit that, if unchanged, would prevent the patient from performing basic activities of daily living or returning to work.
Non-disabling deficits are: transient, fluctuating or persistent symptoms without unilateral motor weakness or language/speech disturbance [5].

Presentation – with vs. without large vessel occlusion
Based on literature 4-14% of patients with mild ischemic stroke have large vessel occlusion (LVO). Its presence is associated with early neurological deterioration and poor outcome and more proximal the occlusion is, higher the chance for deterioration[6,7]. Moreover, there is little evidence of any obvious predictors of LVO which proves importance of timely arterial imaging in patients who presented with mild symptoms.

Preventing such deterioration with endovascular treatment (EVT) in high-risk patients might be one important way to improve functional outcome.

Yet, rescue EVT after secondary neurological deterioration is often associated with poorer outcome, which highlights the importance of ongoing trials looking at immediate EVT vs. best medical treatment in patients with minor ischemic stroke and LVO, such as the Endovascular Therapy for Low NIHSS Ischemic Strokes (ENDOLOW) trial and the Minor Stroke Therapy Evaluation (MOSTE) trial.

Furthermore, there is little evidence of any obvious predictors of LVO which proves importance of timely arterial imaging in patients who presented with mild symptoms.

Etiology related presentation
Cardioembolic, large vessel and small vessel diseases are among the main causes of ischemic stroke. Intracranial atherosclerotic disease (ICAD) often requires additional management, such as angioplasty/stenting and the use of anti-aggregating drugs, therefore, its early diagnosis is particularly important. Still, there are no absolute features that prove the presence of ICAD. There are, however, some clues that increase its probability, including: fluctuating symptoms, risk factors such as diabetes, hypertension, smoking, ethnicity, slow progressor with low NIHHS, previous stroke in the same territory especially scattered or border zones, negative hyperdense artery sign or lack of blooming artifact in T2* or SWI sequence, tapered type of occlusion, very good pial collaterals, higher ratio of Tmax>4 sec over Tmax>6 sec, truncal-type occlusion, location in 3rd part of the basilar artery, concomitant intracranial stenosis in other vessel. Cardioembolic stroke is by far most common etiology with the following supporting clues: risk factors such as atrial fibrillation, Wolff-Parkinson-White syndrome, no fluctuation in clinical presentation (except if clot fragmentation or migration), hyperdense artery sign or blooming artifact in T2* or SWI sequence, branching-site occlusion. 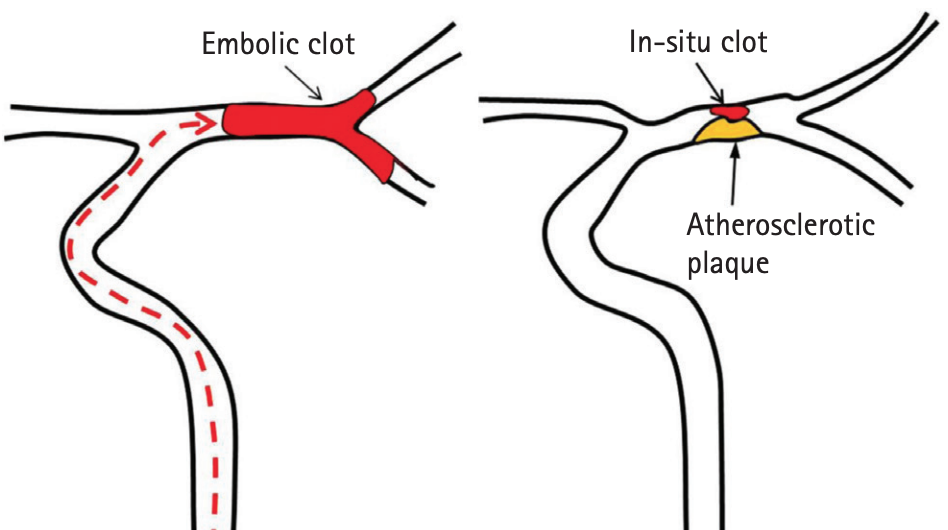 Minor acute stroke patients are heterogeneous group with various presentation which may lead to diagnostic uncertainty, resulting in potential for poor outcomes.

The most important aspect in managing minor stroke is to improve the short and longer term prognosis which may be done by rapid recognition of the disease and targeted treatment. 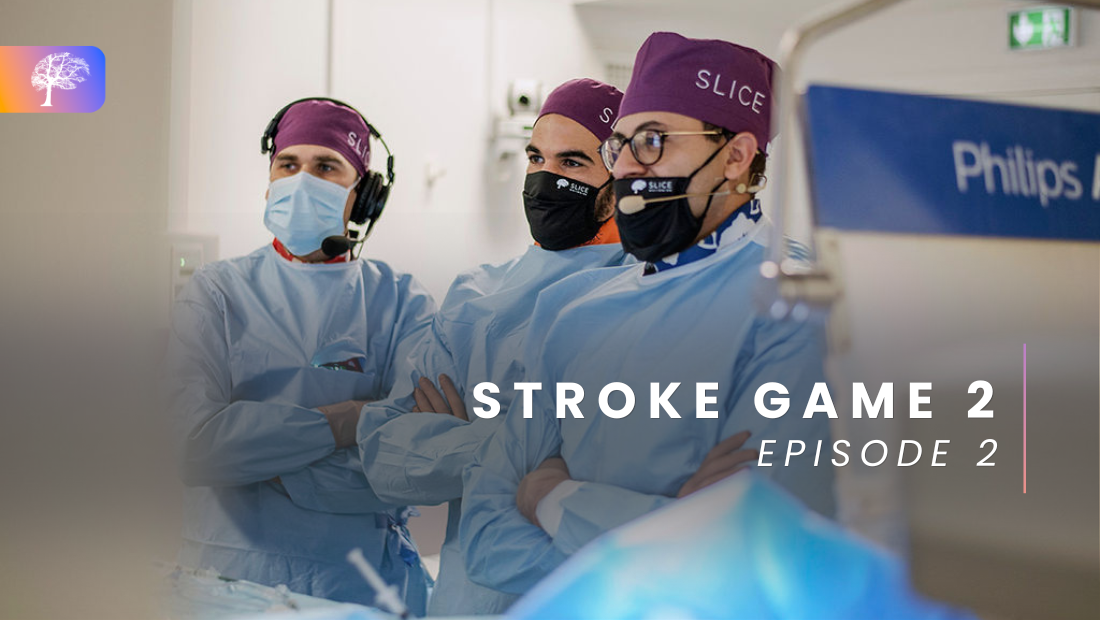 Poll 1: What type of stroke syndrome is this ?

Poll 2: What is the reason for the patient to call 1h30 after symptoms onset?

Poll 3: Where should be sent the patient?

Poll 4: What do you suspect? 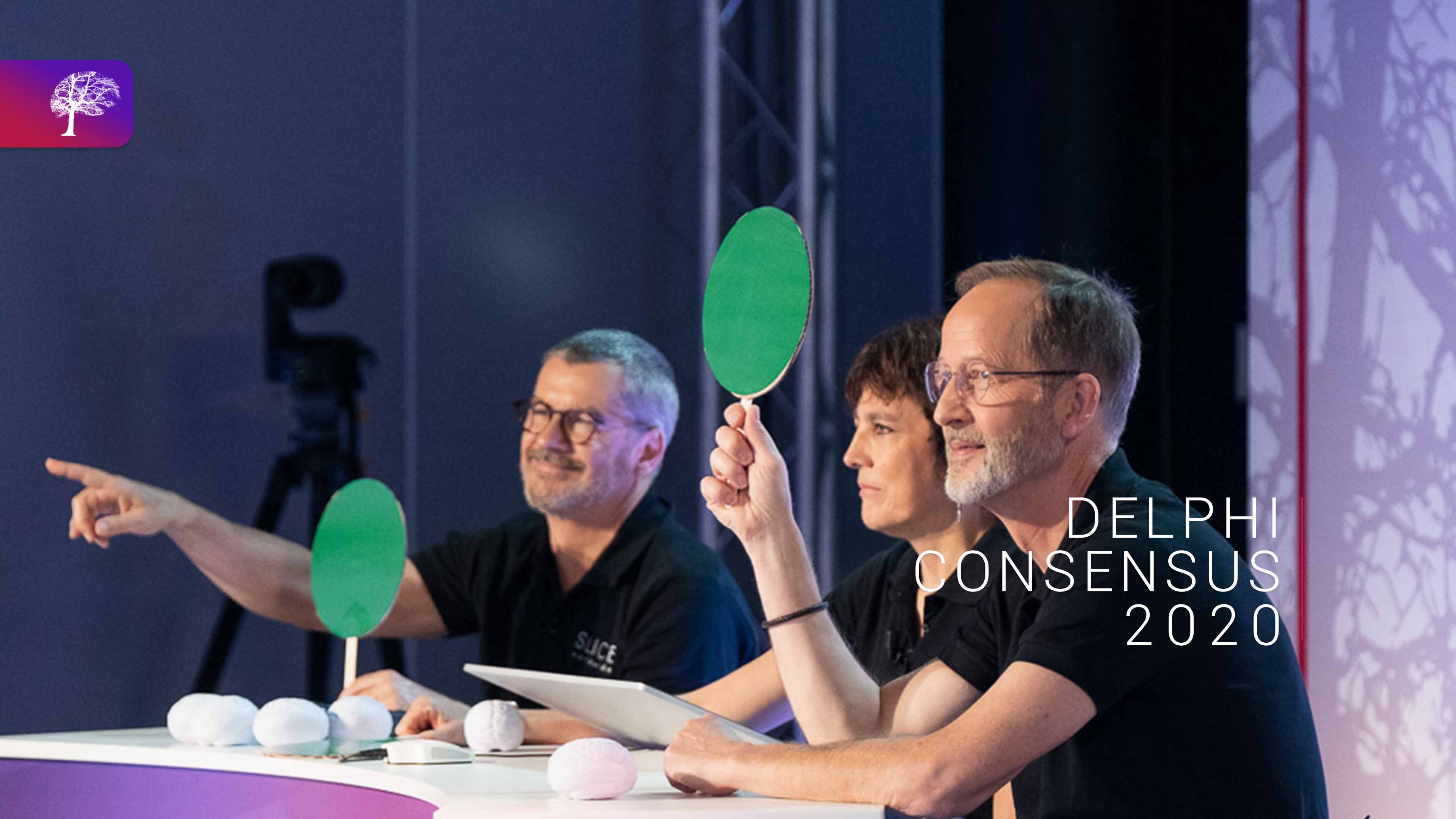 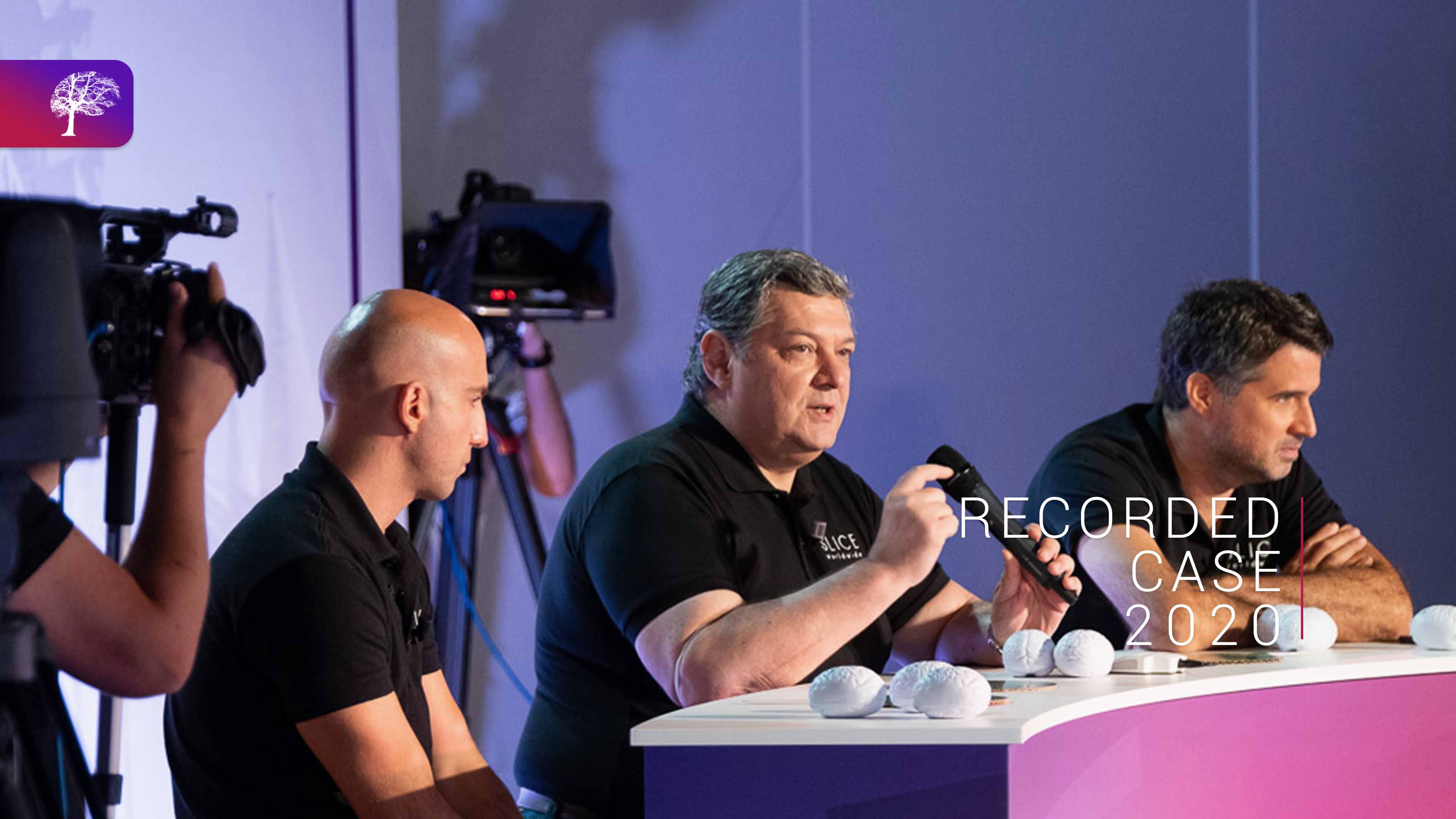 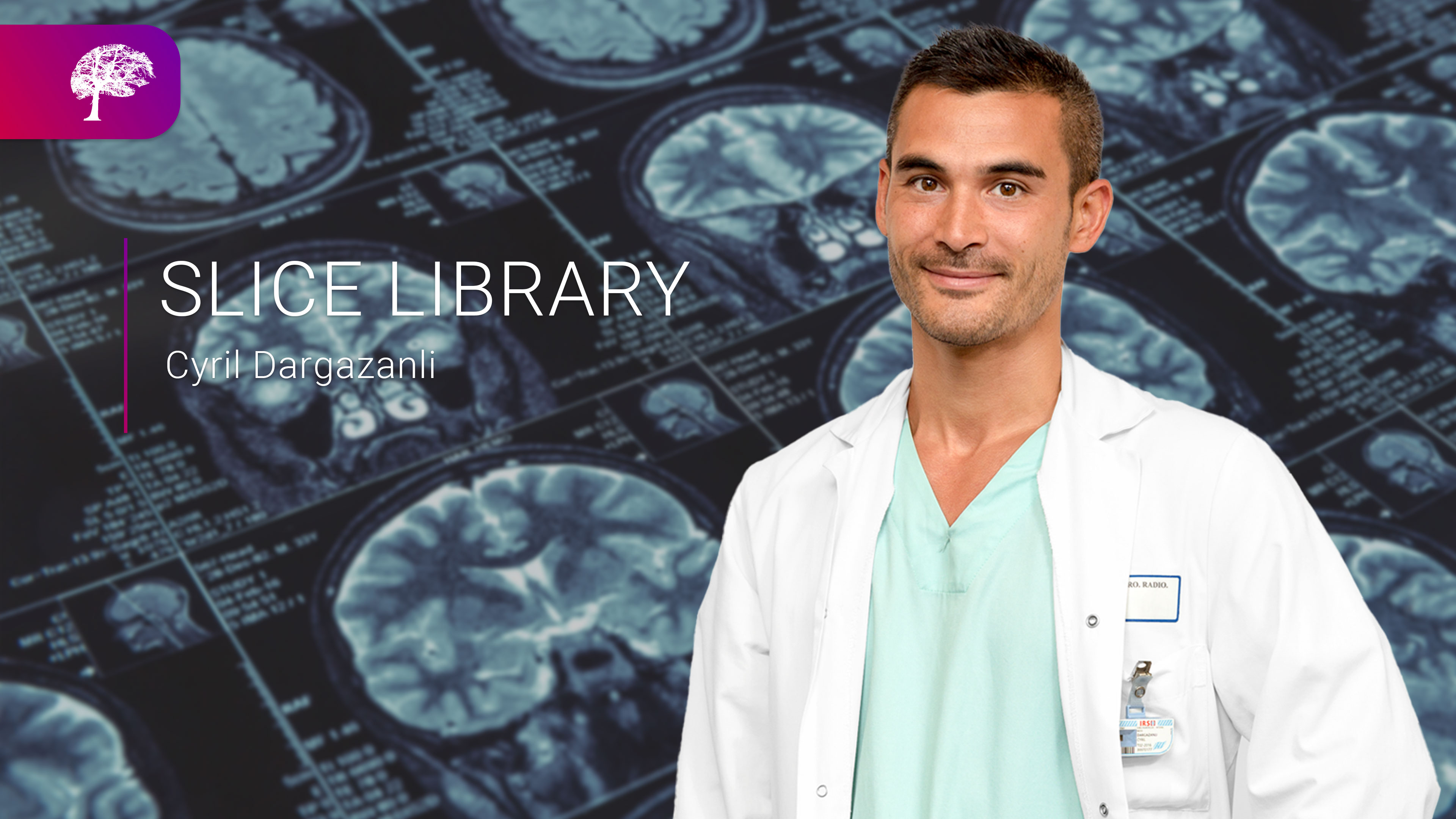 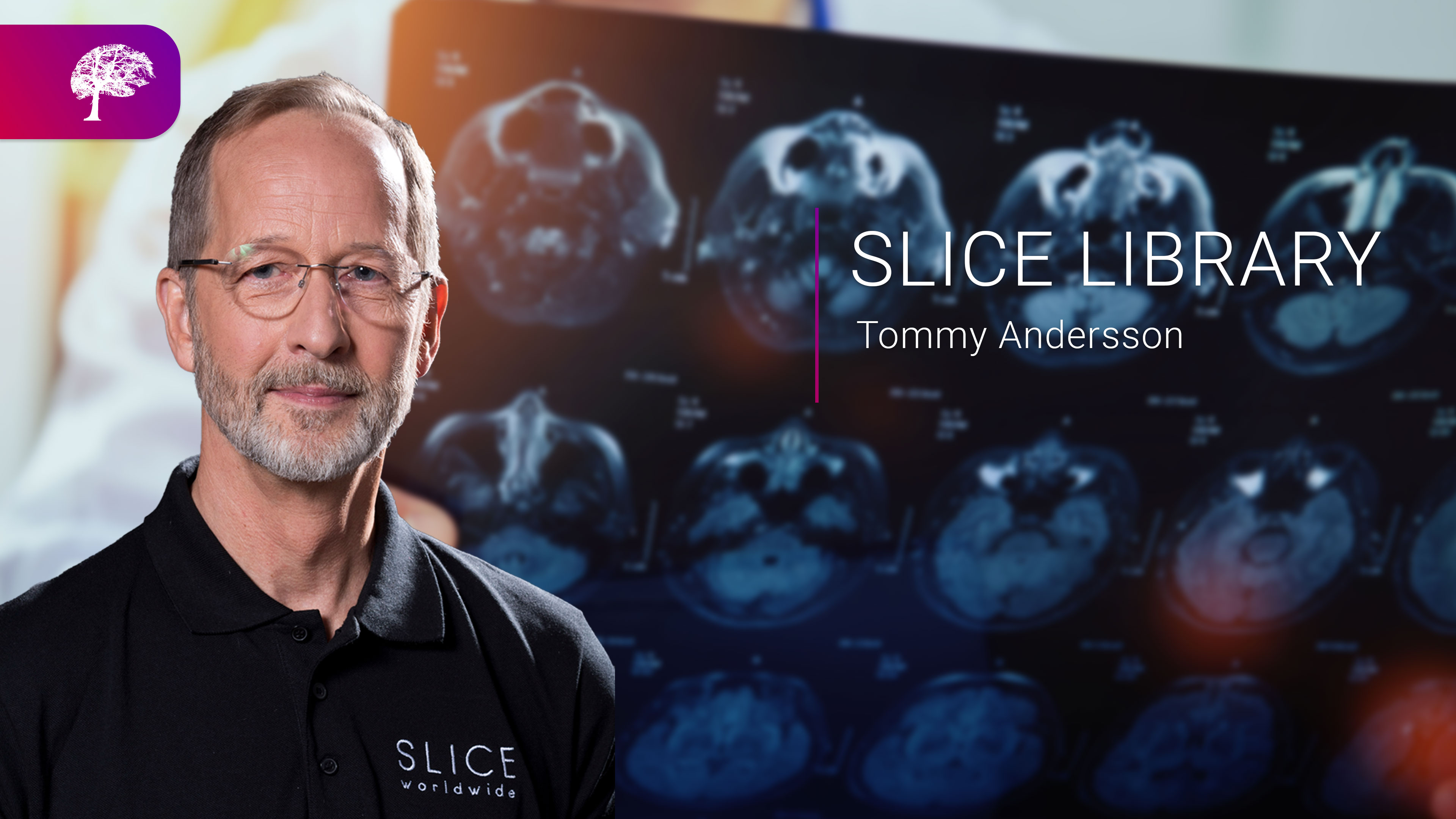 No Speakers SLICE LIBRARY : Importance of first pass success and how to achieve it 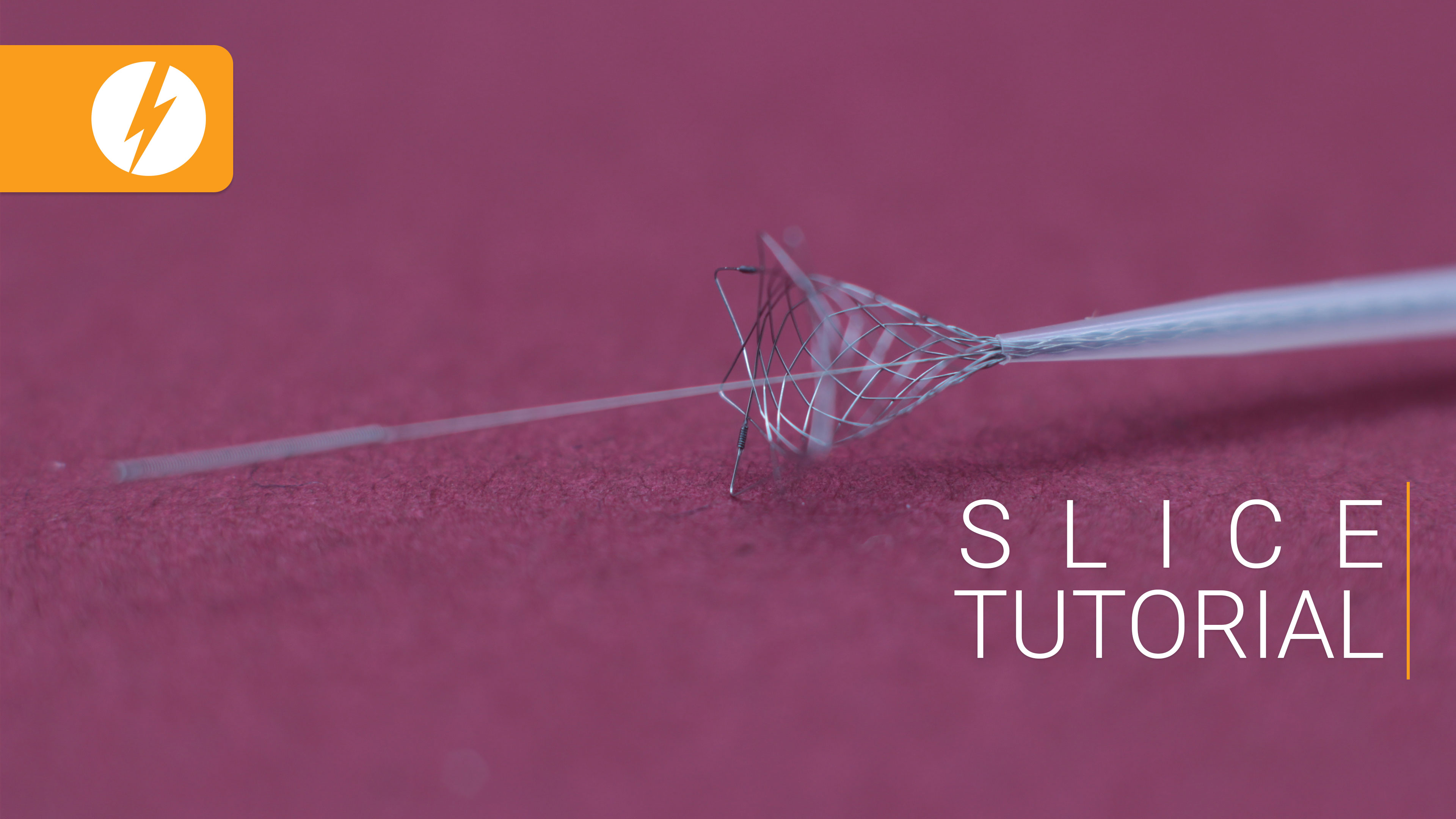 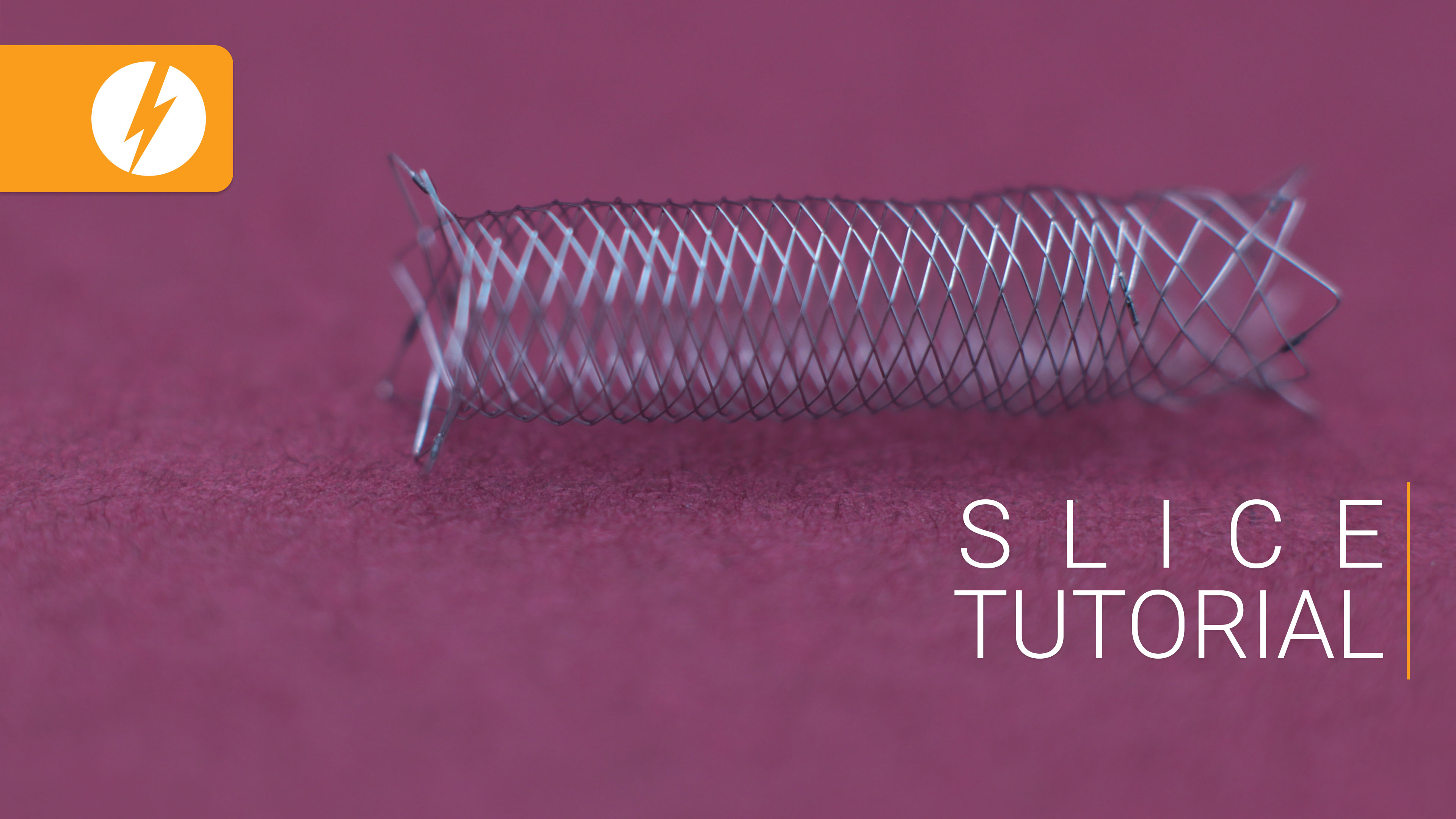 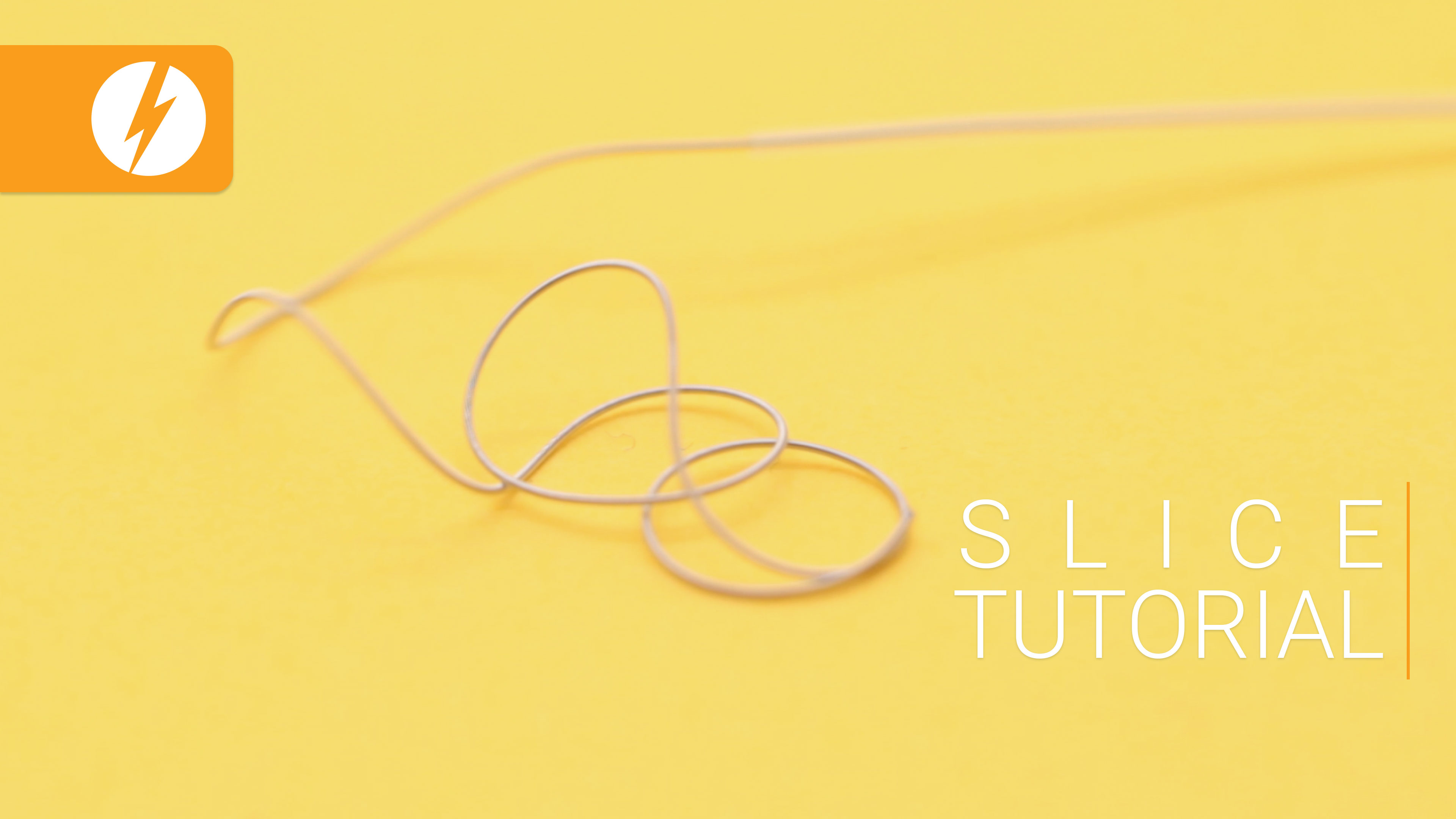 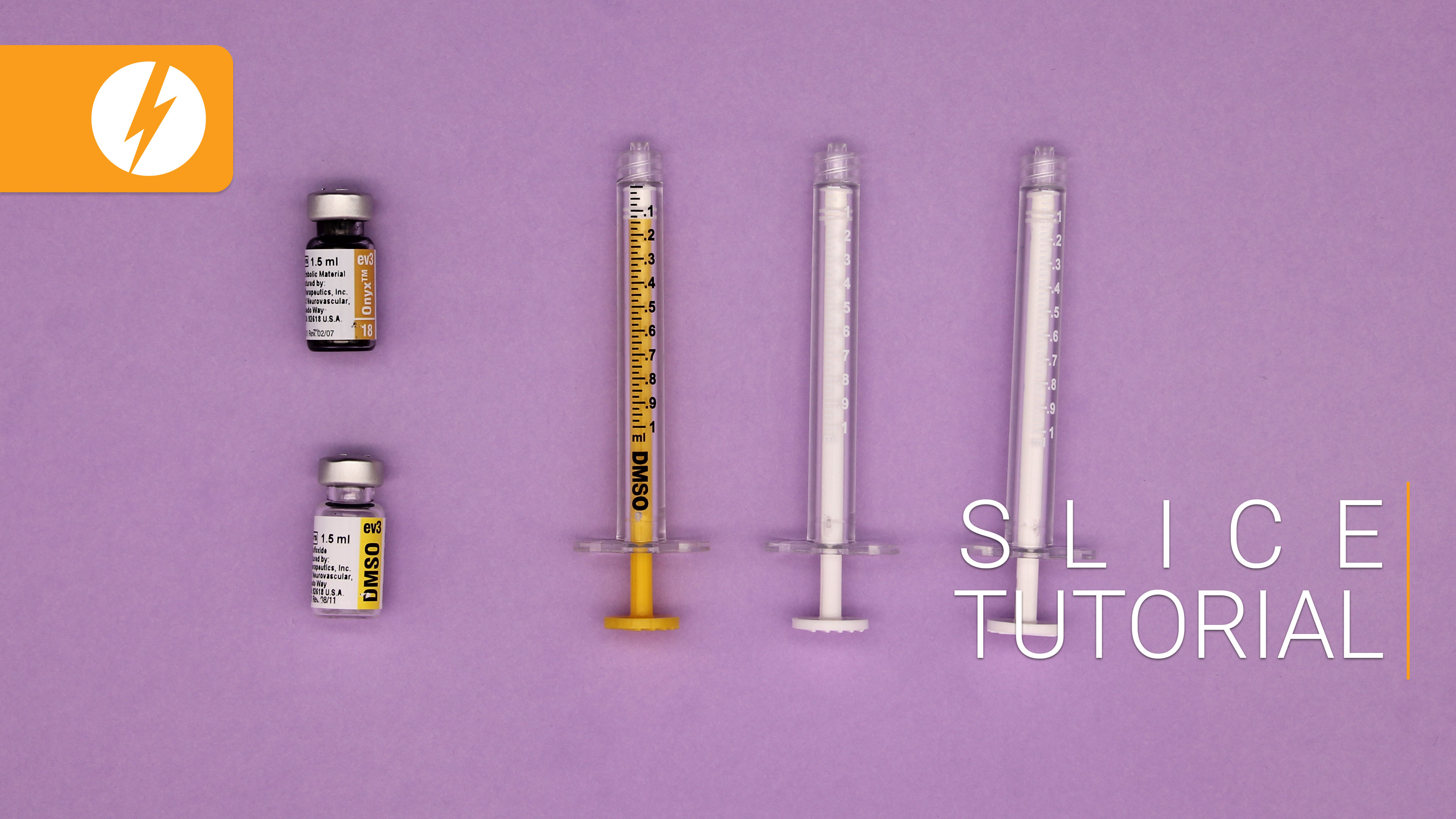 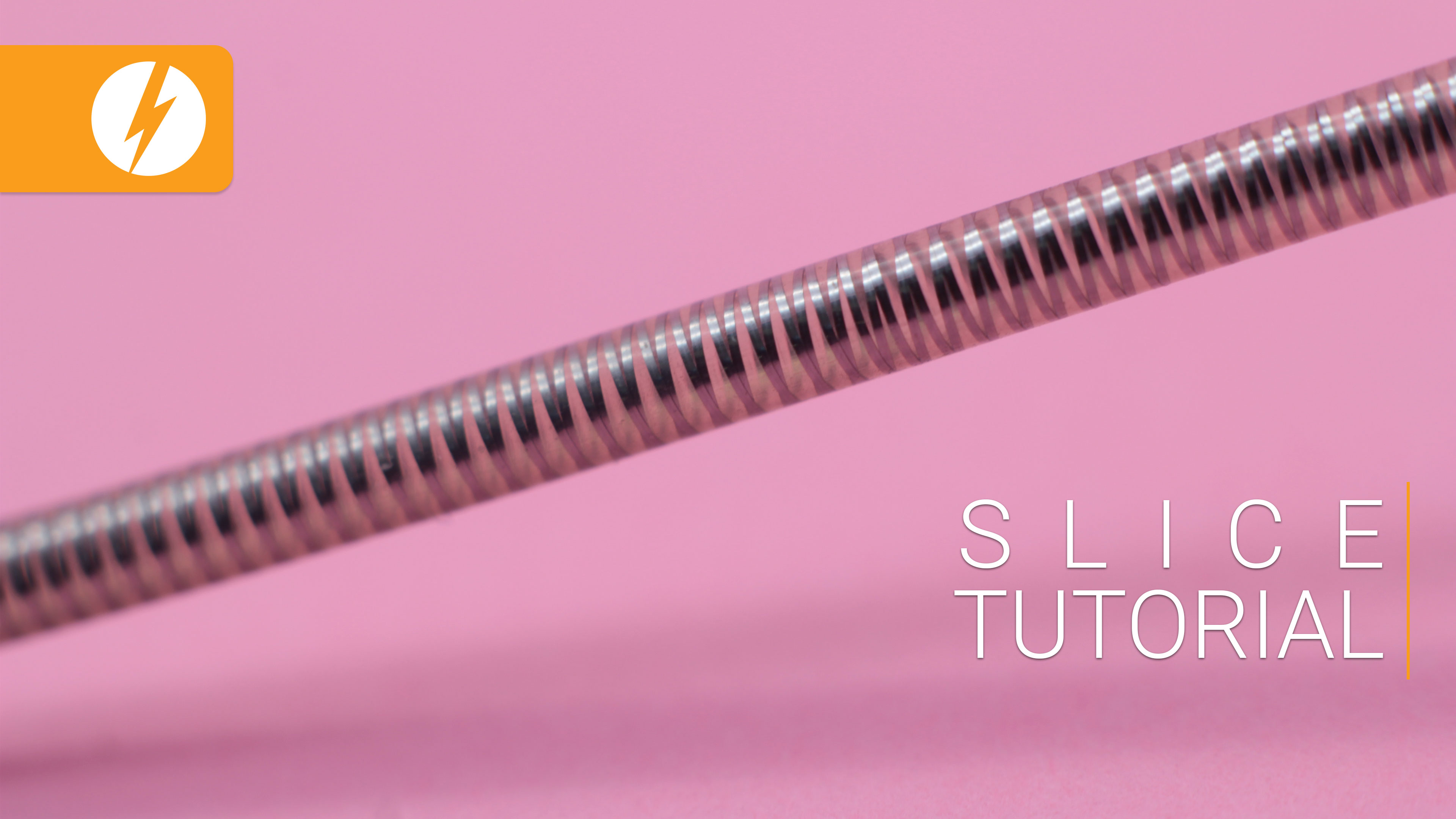 No Speakers Take a new approach : changing the way we do radial access